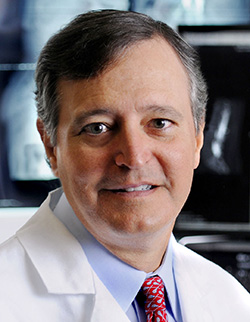 In addition to treating patients as an Attending Surgeon at Hospital for Special Surgery, Dr. Cammisa is a Professor of Clinical Orthopedic Surgery at Weill Cornell Medical College. He has long been active in working with professional, scholastic and recreational athletes. Many professional athletes including members of the Giants and Jets football teams and Knicks basketball team are among the pro-athletes who consult with Dr. Cammisa for expert diagnosis and treatment, including surgery, if necessary. He is also the spine consultant for the National Hockey League Player Association.

In surveys of his peers, Dr. Cammisa is consistently named as one of the best doctors in his field. He is listed among a select group of surgeons in New York magazine's "Best Doctors" issue year after year.  He is also named in the Castle Connolly Medical Guide, How To Find The Best Doctors in New York and is among the physicians named as America's Top Doctors.

Dr. Cammisa is often called on by the media for his expertise and he has appeared in countless print and broadcast reports. He was recognized by New York magazine as one of "12 Doctors Who are Reinventing Medicine” in an article focusing on his research in artificial discs to relieve debilitating back pain.

Dr. Cammisa engages in research to advance the diagnosis and treatment of complex spine conditions. Recognized as a pioneer in the use of new surgical techniques, procedures and modalities, he often participates as the principal investigator in major research studies. His areas of investigation include computer-assisted image guidance, demineralized bone matrix, minimally invasive spinal surgery, and the artificial disc as an alternative to spinal fusion for debilitating back pain.

He has received a number of prestigious research grants. He was one of the lead investigators of a seven-year, multi-center national study funded by a $21 million dollar grant by the National Institutes of Health. The study was one of the first to directly compare the effectiveness of surgical versus nonsurgical approaches to treat herniated disc, spinal stenosis, and degenerative spondylolisthesis.

Dr. Cammisa has published over 130 research articles and manuscripts in dozens of prestigious medical journals, including The Journal of American Medical Association (JAMA). One such study, published in the New England Journal of Medicine, was a multi-center trial to compare treatments for degenerative spondylolisthesis, which is caused when a vertebra slips out of alignment. The study followed 601 patients in 11 states over two years to compare surgical and nonsurgical treatments. Dr. Cammisa and his colleagues around the country found that surgery was twice as effective as nonsurgical approaches in reducing pain and restoring function.

As a co-author of more than 30 chapters in medical textbooks, Dr. Cammisa has held numerous editorial appointments, and is a reviewer for several respected medical journals. He is the recipient of many awards and honors, and has lectured both nationally and internationally.

Dr. Cammisa created The National Spinal Research Foundation and has been affiliated with the Miami Project to Cure Paralysis. Dr. Cammisa is a Fellow of the American College of Surgeons, the American Academy of Orthopedic Surgeons, and a Diplomate of the American Board of Orthopedic Surgery. He is also a member of such distinguished medical societies as the North American Spine Society, Cervical Spine Research Society, Scoliosis Research Society, International Society for the Study of Lumbar Spine, American Spinal Injury Association and Spine Arthroplasty Society.

National Board of Medical Examiners
American Board of Orthopedic Surgery, ABOS

Below are the healthcare industry relationships reported by Dr. Cammisa as of February 24, 2022.

Dr. Cammisa in the News