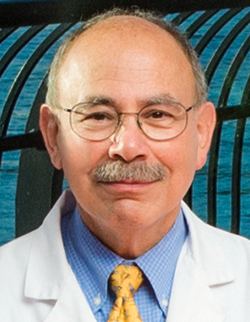 Dr. Joseph Lane was born in New York City and raised in Great Neck, Long Island. He received his undergraduate degree (Magna Cum Laude) from Columbia College and his medical degree from Harvard Medical School. His general surgical internship and residency were performed at Hospital of the University of Pennsylvania. Dr. Lane performed bone collagen research at the NIDR at NIH (USPHS) from 1967-69 in Bethesda, Maryland, under Karl Piez and Edward Miller. He had a collagen research fellowship under Darwin Prochop at the CCRC University of Pennsylvania and a three-year orthopedic residency at the Hospital of the University of Pennsylvania during which time he was awarded the Kappa Delta Award (AAOS) for inhibiting scar formation.

Dr. Lane was the Elsee Butz Assistant Professor (orthopedics) at the Hospital University of Pennsylvania and Children’s Hospital of Philadelphia (1973-75). He was appointed Assistant Professor and Chief of the Metabolic Bone Disease Service at Hospital for Special Surgery/Cornell Medical School in 1975, ultimately attaining full Professorship, Assistant Dean, Director of Clinical Research, and Medical Director of the Metabolic Bone Disease Service and Osteoporosis Prevention (1976-93, 96-present). He was appointed Chief of the Bone Tumor Service (osteogenic sarcoma, Ewing’s sarcoma) at Memorial Sloan Kettering Cancer Center (1976-91) and Senior Attending (1991-93). From 1993-96 he was Professor and Chairman of the Department of Orthopaedic Surgery at UCLA. He is currently the Associate Director of the Orthopaedic Trauma Service at NewYork-Presbyterian Hospital.

He has served on numerous committees for the AAOS, including the Board of Directors and Chairman of COMSS, the Chairman Oversight Panel on Women’s Health Issues. He was President of the Orthopaedic Research Society, Musculoskeletal Tumor Society, Chairman of NIH Orthopaedic Study Section, OREF grants review board, ABOS Question Writing Task Force. He is a member of the AAOS, AOA, ABJS, ASBMR, ORS, MSTS, and OTA. He has earned NIH career and R01 grants, OREF grants, and foundation awards. He has been a visiting professor at educational institutes and is on the editorial board of several peer journals.

Please do not hesitate to contact our office if you have questions regarding your insurance coverage. You may have coverage subject to the availability of 'out-of-network' benefits.

Below are the healthcare industry relationships reported by Dr. Lane as of February 03, 2022.

Dr. Lane in the News