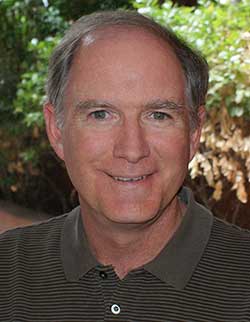 John has been practicing at Hospital for Special Surgery for 30 years. Beyond serving as Clinical Supervisor at the HSS Sports Rehabilitation and Performance Center, he directs the American Physical Therapy Association-credential Sports Physical Therapy Residency Program and coordinates HSS involvement with the PSAL (NY City’s Public School Athletic League).

John has served as the Team Physical Therapist at the United States Merchant Marine Academy in Kings Point, NY for the past 30 years. He completed training at the United States Olympic Training Center in Colorado Springs, Co, and was selected by the USOC to serve on the USA medical staff at the 2015 Pan American Games in Toronto, the 2012 Olympic Games in London, England, the 2008 Olympic Games in Beijing, China, the 2007 Pan American Games in Rio de Janeiro, Brazil and the 2005 World University Games in Izmir, Turkey. He has served as the Head Athletic Trainer for the USA Swimming Team at the 2013 “Dual in the Pool” in Glasgow, Scotland and the 2006 World Short Course Championships in Shanghai, China.

He has also worked extensively with the Republic of Ireland’s Lacrosse program since it’s inception in 2002 overseeing medical operations for competitions in Australia, Wales, Czech Republic, Canada and England.  Since 2009, John has served as the National Team Director for Ireland Lacrosse. John is an adjunct professor in the Physical Education & Sports Sciences Department at Hofstra University, and is a clinical instructor in Hunter College’s Physical Therapy Program. John has contributed to numerous publications on various sports medicine topics including 13 textbook chapters and was an editor of the textbook “Postsurgical Rehabilitation Guidelines for the Orthopedic Clinician.” He has lectured nationally and internationally on numerous sports medicine topics.