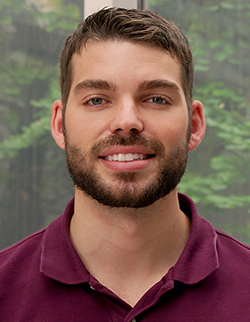 ﻿﻿William Behrns has been practicing orthopedic physical therapy since 2014 after receiving his doctor of physical therapy degree at Thomas Jefferson University. He then became an orthopedic clinical specialist after completing a residency program at the University of Delaware. He has been practicing at the Hospital for Special Surgery since 2016, can see patients via direct access (without a physician referral), and treats spinal, lower extremity, and upper extremity disorders. Areas of interest include the treatment of temporomandibular and ankle/foot pathologies. In addition to clinical practice, William is involved in developing education initiatives for the hospital and is the director of the orthopedic physical therapy residency.

William Behrns in the News