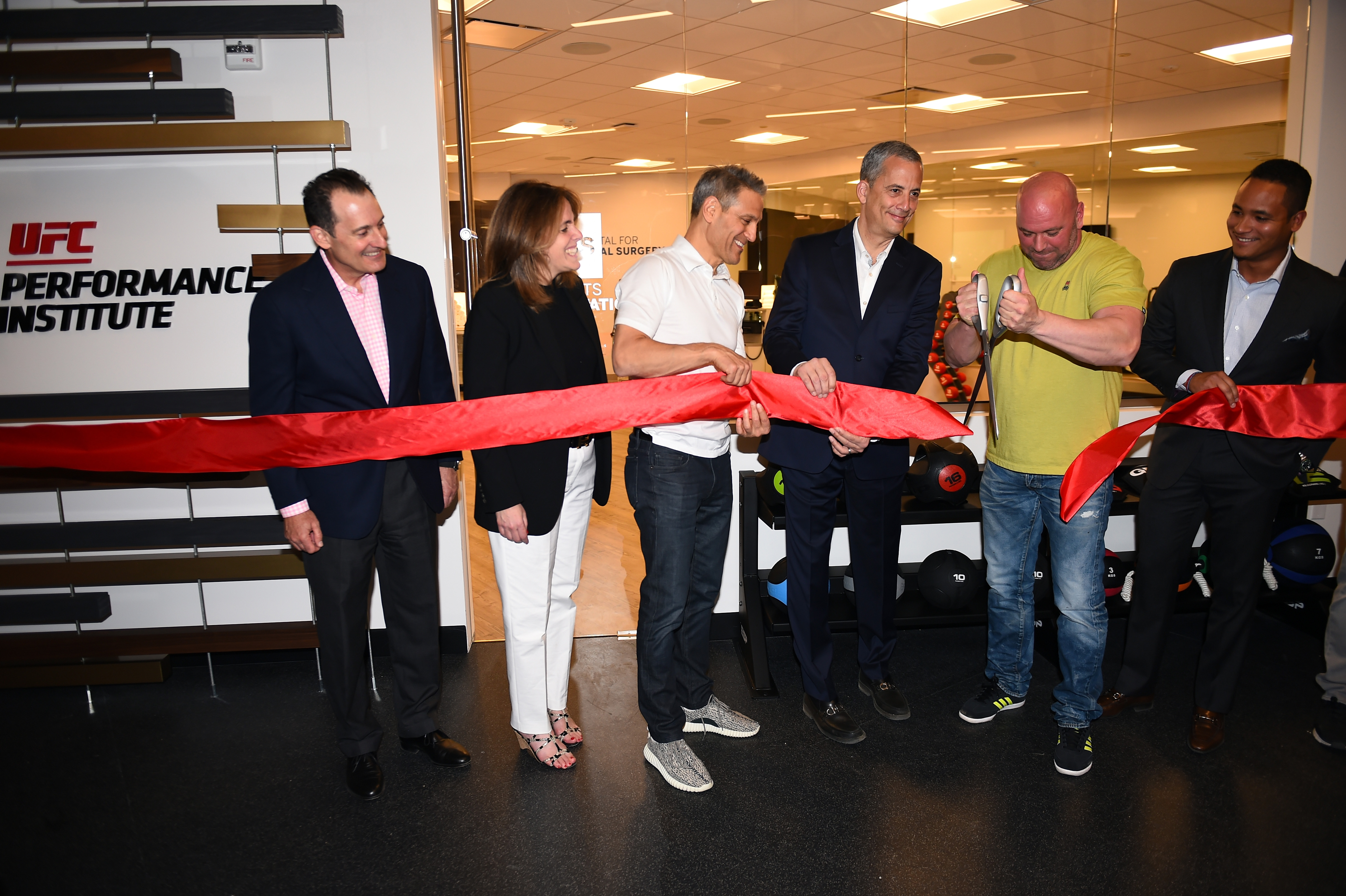 UFC® today announced that Hospital for Special Surgery (HSS) will serve as the global brand’s first-ever Official Hospital. The new multi-year partnership provides UFC with access to the hospital’s sports medicine physicians, who will serve as orthopedic consultants in conjunction with the brand’s medical team.

"We are excited to partner with a world-class medical provider of HSS’ caliber," UFC Chief Operating Officer Ike Lawrence Epstein said. "The health and safety of UFC athletes is our top priority, and this partnership further extends the best-in-class services available to the athletes both in and out of the Octagon."

Founded in 1863, Hospital for Special Surgery is the world’s leading academic medical center dedicated to musculoskeletal health. HSS has been nationally ranked No. 1 for orthopedics for the past seven consecutive years by U.S. News & World Report’s Best Hospital rating. HSS is currently ranked No. 2 in the nation for rheumatology.

"HSS' purpose is to help people get back to what they need and love to do, better than any other place in the world," said Louis A. Shapiro, HSS President and Chief Executive. "We are privileged to now support UFC as we do other high performing athletic organizations including the Brooklyn Nets, New York Giants, New York Knicks, New York Mets, New York Red Bulls, New York Road Runners and many others."

Bryan Kelly, M.D.,Chief of the Sports Medicine Service at HSS, will serve as UFC’s Head Consulting Orthopedic Surgeon. He will lead a team of HSS orthopedic surgeons who will be on-call during UFC events for orthopedic consultation. HSS will also assist UFC in the recruitment and placement of physical therapists who will be onsite at the HSS Sports Rehabilitation Center at the UFC Performance Institute. As the world’s first mixed martial arts multi-disciplinary research, innovation and performance center, the Performance Institute is a state-of-the-art 30,000 square-foot facility provides benefits and services to all athletes competing under the UFC banner.

"Injuries are an inherent by product of playing sports especially at the elite and professional levels," said Dr. Kelly. "HSS has helped thousands of athletes get back in the game and offers unmatched orthopedic care. We look forward to working with the UFC to keep players healthy and safe."

As the organization’s Official Hospital, HSS will receive branding on UFC’s world-famous Octagon® at select events, as well as digital and social advertising, along with participating in UFC-based corporate social responsibility programs. For more information, please visit UFC.com.

UFC® is a premium global sports brand and the largest Pay-Per-View event provider in the world. Acquired in 2016 by global sports, entertainment and fashion leader, WME | IMG, together with strategic partners Silver Lake Partners and KKR, UFC is headquartered in Las Vegas with a network of employees around the world. UFC produces more than 40 live events annually that consistently sell out some of the most prestigious arenas around the globe, while programming is broadcast in over 152 countries and territories to more than 1.1 billion TV households worldwide in 35 different languages. UFC FIGHT PASS®, a digital subscription service, delivers exclusive live events, thousands of fights on-demand and original content to fans around the world. For more information, visit UFC.com and follow UFC at Facebook.com/UFC, Twitter, Snapchat and Instagram: @UFC.