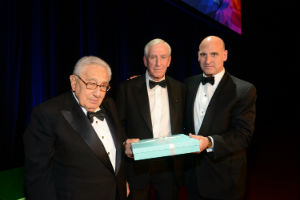 Hospital for Special Surgery (HSS) honored Brian L. Roberts, chairman and CEO of Comcast Corporation, in celebration of his business accomplishments at the hospital’s record-breaking 32nd Annual Tribute Dinner on Monday, June 1, 2015 at the Waldorf=Astoria in New York City. 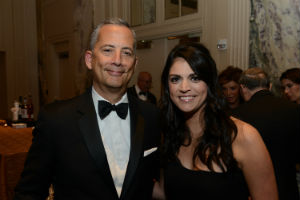 "It is our pleasure to recognize the extraordinary business and civic achievements of Mr. Roberts, who has fostered excellence and innovation at Comcast," said Louis Shapiro, president and CEO of Hospital for Special Surgery. "Innovation is a priority at HSS, too, because that is part of how we continue to pioneer the finest medical care of its kind in the world."

"We have been honored to have Dr. Helfet as part of our team,” said Todd J. Albert, MD, Surgeon-in-Chief and Medical Director at Hospital for Special Surgery. "He has shown incredible leadership in expanding our orthopedic trauma service and raising its awareness internationally. The hospital is very proud of all of his accomplishments and is honored to present him with the Lifetime Achievement Award." 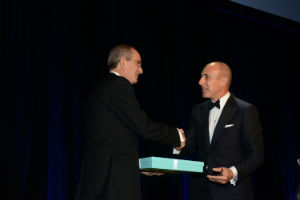 Mr. Roberts is the current chairman and CEO of Comcast Corporation. He joined the organization after graduating from The Wharton School of the University of Pennsylvania in 1981. Comcast’s annual revenue has grown exponentially under his leadership, beginning at $657 million when he was named President in 1990 to an annual revenue today of nearly $69 billion. Comcast is now a global Fortune 50 company with two primary businesses, Comcast Cable and NBCUniversal.

Mr. Roberts was recognized by Fortune magazine as "Businessperson of the Year" in 2012 and in 2015, was named one of America’s top CEOs by Institutional Investor magazine for the seventh time in a row.

Outside of professional accomplishments, he has also been recognized for his philanthropic work in education and technology. Mr. Roberts received the Ambassador for Humanity Award from the USC Shoah Foundation Institute as well as the Humanitarian Award from the Simon Wiesenthal Center.

Mr. Roberts is a member of Business Roundtable and has served on the President’s Council on Jobs and Competitiveness. He has also served as Chairman on the Board of Directors of the National Cable & Telecommunications Association as well as CableLabs, where he is now Director Emeritus.

A resident of Philadelphia, Mr. Roberts is an All-American in squash and has competed in the Maccabiah Games in Israel five times. 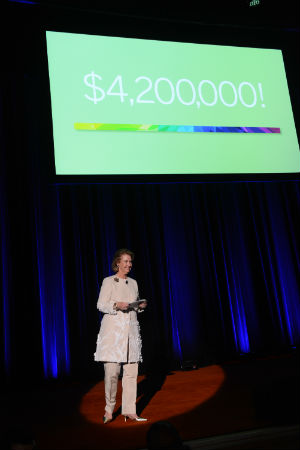 Dr. Helfet is known both nationally and internationally for his expertise in orthopedic trauma. As such, he has served on the boards of the major orthopaedic/trauma societies, including as President of the National Orthopaedic Trauma Association. He has published over 250 papers in peer-reviewed journals and contributed to forty books on the topic. As the recipient of many honors and awards, such as the Philip D. Wilson Jr. Teaching Award, Dr. Helfet has received visiting lectureships including the Presidential Guest and Watson-Jones Memorial Lecture of the British Orthopedic Association.

While he focuses on orthopedic trauma, Dr. Helfet also specializes in hip and is part of the Hip Preservation Service at HSS.

Dr. Helfet received his medical degree at the University of Cape Town Medical School in South Africa before completing his residency at Johns Hopkins University. He has held fellowships at University of Bern in Switzerland and University of California Los Angeles.