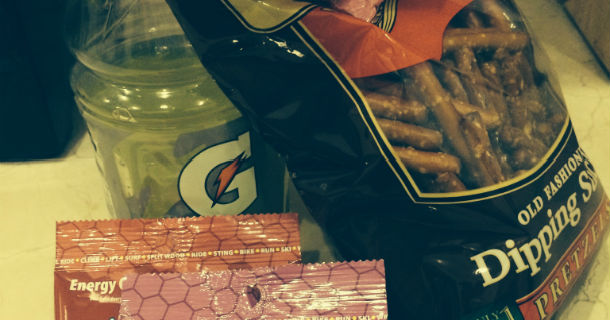 Join us as we follow Annie Nussbaum, Perioperative Medicine Service Manager in the Department of Medicine at HSS and first time marathon runner, through her training for the TCS New York City Marathon. This is the second installment of a series documenting her journey. To read part one, click here.

When I got into the marathon, my first thought was “can I really do this?” My second thought was “sweet – I can eat whatever I want and not worry about gaining weight!” Well, it turns out that nutrition is an important part of training and racing. While I’m not an especially unhealthy eater, I’m not a health-nut either. I’ve always believed everything in moderation was fine. However, with the marathon approaching I know I need to be smarter with my food choices, especially on the days leading up to my key long runs. I make sure to hydrate throughout the day Friday and I’ve gotten in the habit of making Friday night “pasta night” in my apartment.

I’ve come to realize how important smart nutrition is before and during the long runs. A few weeks ago, I didn’t drink nearly enough on my long run. I didn’t bring anything to eat either. Toward the end of the run, I felt awful, and I felt awful for a few hours after the run. I had a headache and was nauseous, not even wanting to eat for a few hours after finishing. I’m pretty sure I was feeling the effects of dehydration.

Since then, I’ve done a lot of research on what I need to eat and drink before and during the runs. I now wake up 2 hours before I plan to run so that I have time to digest my bagel and peanut butter. I’ve also starting drinking coffee in the mornings before my long runs. I’m a huge coffee drinker and everything I read said if you normally drink coffee, you can drink it before you run. It helps give me much needed energy.

I had never really thought about eating while running, but I’ve learned that when you’re running for hours, you need to replenish your sugars, carbs and salts. A lot of people eat the gels while running, but that liquid sugar kind of scares me. A friend recommended honey as a natural sugar, so I found Honey Stinger Chews, which I like and don’t irritate my stomach. I also have tried pretzels while running, since they’re easy on the stomach and give you carbs and salt. That, combined with alternating water and Gatorade every mile throughout the run, has helped me feel much stronger during my runs. On my most recent long run of 18 miles, my bag with my chews and pretzels fell out of my pouch when I reached back to fix my iPhone and I had to do the last 6 miles without the snacks I’d planned on eating. That was definitely a challenge as I’ve come to depend on the food, but now I know that I have to be very careful when reaching into my running belt!

Despite the hiccup on the 18-miler, I’m feeling good about my nutrition plan, which is important since the biggest thing all my research stressed was to never try anything new on marathon day!

Annie Nussbaum is the Perioperative Medicine Service Manager in the Department of Medicine at Hospital for Special Surgery. Originally from Washington, D.C., she has lived in New York since 2008. She is currently training for her first marathon. When she’s not running, she enjoys yoga, traveling, and reading. 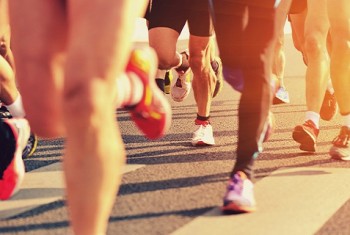 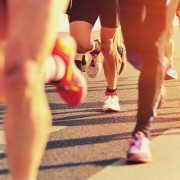 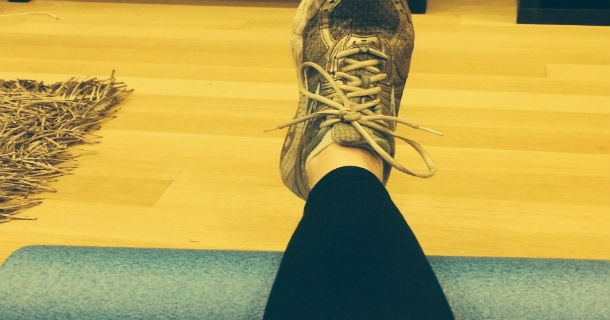 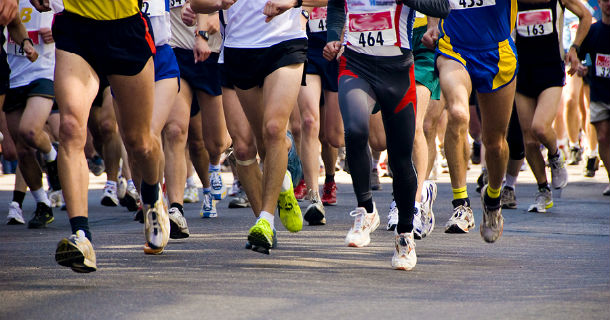