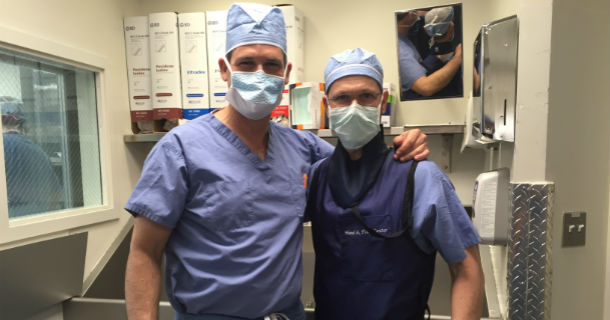 In part three of this series, Drs. S. Robert Rozbruch and David Levine discuss their approach to Gabrielle’s condition, and provide insights into her surgery.

I have known about Gabrielle Sholes and the brilliant solution that Dr. Levine came up with for many years. I remember him proudly presenting the case to our surgeon group and the discussion about the unusual treatment that enabled Gabrielle to have so many good and active years from the ankle.

Dr. Levine and I have been colleagues and friends since medical school at Cornell and residency training at HSS. We have been collaborating on complex lower extremity cases for 16 years. So it was business as usual when we put our heads together to save Gabrielle’s leg for the second time. This would require a complex ankle fusion to stabilize the tibia to the calcaneus with an Ilizarov Frame. But the gap from the missing talus would lead to two inches of leg shortening.

We decided to lengthen the tibia at the same time to provide a comprehensive and time efficient solution for Gabrielle. The most modern and state of the art tool for this is the PRECICE internal lengthening nail that empowers us to lengthen the tibia by gradually elongating the short bone with a remote control.

The surgery went really well on Friday, and we accomplished what we set out to do without any problems. I expect the bone to be out to length in about two months and we expect full bone healing of the ankle and the lengthened tibia by six months.

Wow! It seems like just yesterday when the initial, treating physician called me and said he needed my help.

A young lady, Gabrielle Sholes, had an open ankle injury after a car accident and had an “extruded” talus. In other words, the patient made it to the E.R. but her talus didn’t! An extremely rare condition, this creates some significant challenges. The talus is the ‘center of the universe’ for the foot and ankle.  Not having one means a very limited opportunity for function.  After some thought, I came up with the idea of making a Total Talus Replacement. I had heard about a partial replacement and, after all, I work at Hospital for Special Surgery, which pioneered Total Knee and Hip Replacements! Why not a “Total Talus”?

We contacted a representative from BioMet (an implant company) and told them of my idea…. We provided BioMet with a CT Scan with 3-D Reconstructions of Gabrielle’s opposite Talus.  BioMet constructed a ‘Mirror-Image’ Talus with the exact same dimensions as her original one made out of Cobalt-Chrome, just like a Total Knee or Hip Prostheses.  A few weeks later, I implanted the Custom Prosthesis into Gabrielle’s ankle. Her ankle moved up and down, and her foot side to side.  I had no idea how long it would last but I can tell you I never thought it would be in there until April of 2016 …14 years later!

However, the pain and erosion of the surrounding joints by the prosthesis made it time to do something…. Options were few: either fuse it or amputate.  After much discussion, education and self –reflection, Gabrielle decided to fuse it. On Friday, April 15th, Dr. Rozbruch and I removed the prosthesis, and fused her ankle. In addition, we began the process of lengthening her leg just below the knee so that in a short time her two legs would be equal lengths again.  The surgery went very well! Gabrielle will begin partial weight bearing in just a few days.  Her leg will be lengthened (about 1mm each day) starting in about one week.

Gabrielle is such a trooper. Throughout the entire time that I have known her, Gabrielle has maintained an active lifestyle and a positive outlook on life in general and her medical condition specifically.  It has been a pleasure to take care of her.  I can’t wait to see her walk again soon!

Dr. S. Robert Rozbruch is the Chief of the Limb Lengthening and Complex Reconstruction Service. He has presented his clinical and research works at national medical meetings and has authored numerous articles in medical journals and chapters in Orthopedic textbooks.

Dr. David S. Levine is a foot and ankle surgeon at Hospital for Special Surgery (HSS). He completed his residency in orthopedic surgery at HSS in 1997. Dr. Levine’s areas of expertise include fracture and dislocations, post-traumatic reconstruction and tendon transfers of the foot and ankle; arthrodesis; arthroplasty; and orthopedic trauma surgery. Dr. Levine is affiliated with the American Academyican Orthopaedic Foot and Ankle Society and the Association for the Study of Internal Fixation. 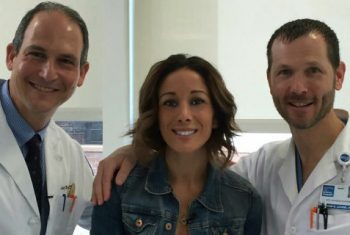 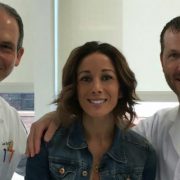 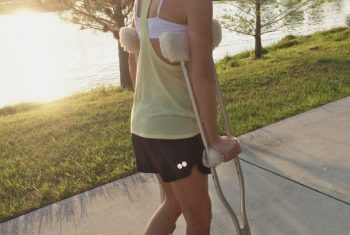 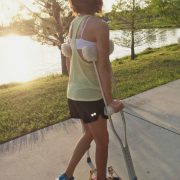 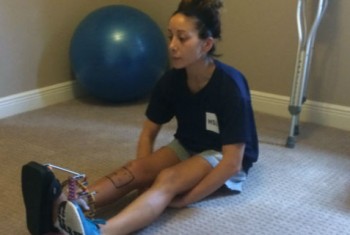 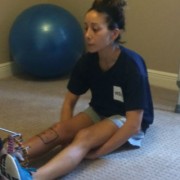