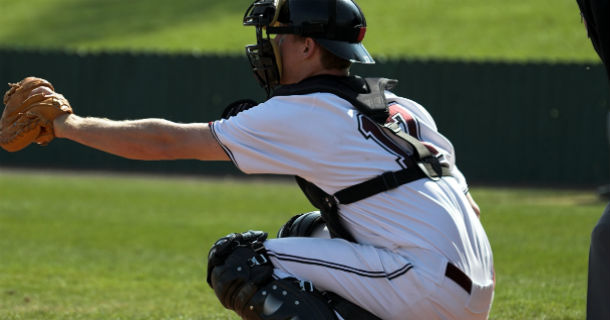 A baseball catcher is literally a human backstop. It is one of the most demanding positions in baseball (or even of all sports).

So naturally, this position comes with a variety of potential injuries. Let’s evaluate by body part:

Being in a squatting position for 9 innings puts tremendous stress on knees.

In youth leagues, catchers may experience more pain in their kneecaps. As players rise up to the professional level, there tends to be more meniscus injuries and fewer kneecap injuries. That’s because those players who have kneecap issues tend to not be able to catch for very long.

There are products out on the market to help protect catchers’ knees such as padding with a cushion block that sits on the back of shin guards to prevent catchers from a full squat. Those may help individual catchers – the verdict is still out on the long-term effects.

The catcher’s throwing hand, which is constantly exposed, can be accidentally struck by the bat or ball causing blunt trauma to the hand, fingers, and wrist.

The glove hand (which is the less dominant hand) sees repetitive trauma – in a typical professional game, a catcher stops about 150 pitches, many slamming into his glove at speeds well over 90 mph.  Sometimes this causes fingers to become enlarged – the index finger often becomes significantly enlarged and can suffer microtrauma to the digital nerves and vessels.

While not with the precision or velocity of pitchers, catchers are the only other players on the diamond throwing on every play. Typically they are throwing from their squat position, which puts more pressure on their shoulders and can cause shoulder inflammation. They are often throwing from awkward positions when attempting to throw out a runner trying to steal a base. In these situations, catchers can become off-balanced and lose body control, creating an uncontrolled situation where the arm is at risk.

Catchers are at risk for head trauma as they are literally in the base path of baserunners trying to score.

Collision events can head to concussion as well as myriad of other traumatic injuries (broken bones, contusions, dislocations, etc).

Beyond collisions, catchers can simply get hit with a foul tip or an inadvertent swing. Some of these pitches are coming in at 100 mph and are being hit with similar force – with the catcher only inches away! There is always the potential of a concussion from foul balls.

Obviously, the catcher’s gear is designed to protect against head trauma. There are different types of helmets such as hockey style or the old-school facemask. While they do protect heads, they cannot guard against every concussion. The hockey style helmet can be safer because it does cover the side and back of the head, which other older styles may leave exposed; however, no studies have shown conclusively that one type of helmet is clearly superior.

In my opinion, the catcher has the most demanding job on the team. They have to be smart – they manage the game on the field and have to have a detailed knowledge of both their pitcher and the batter. They have to be durable as they put their body through an intense battle in every game.  Finally, they have to be tough minded – they have to call the game and can’t “bring their bat behind the plate”. Even if they are in a slump, they have to stay focused mentally to ensure that they are framing every pitch, protecting their pitcher, and calling a good game.

Catchers need to take days off to get them the adequate rest they need to combat overload and overuse.  Every day they play they are exposed to 100 mph fastballs, foul balls and collisions!

Dr. Andrew D. Pearle is orthopedic surgeon specializing in sports medicine and robotic surgery. Dr. Pearle’s clinical interests include arthroscopic and robotic surgery of the shoulder, knee and ankle. He is a team physician for the New York Mets and coordinates care for the minor league affiliates including the Brooklyn Cyclones. Dr. Pearle is a winner of the Patients’ Choice Award and currently serves as editor-in-chief of the journal “Techniques in Knee Surgery.” 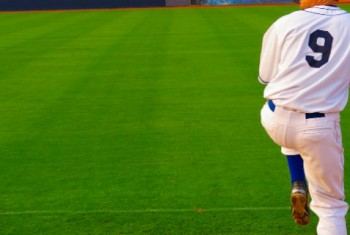 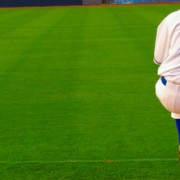 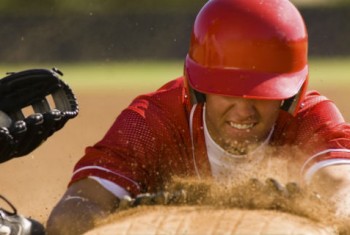 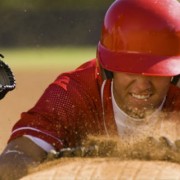 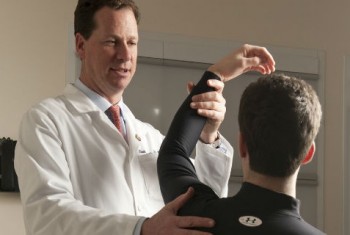 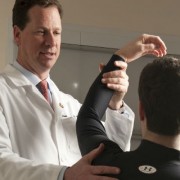