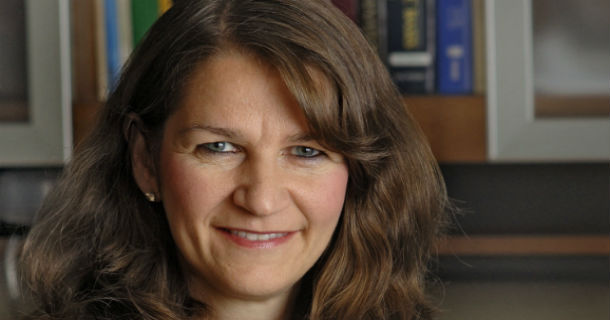 In this week’s installment of Ask the Expert, Dr. Dalit Ashany, Rheumatologist, answers your questions on spondylitis. To read the first part of the series, answered by Dr. Susan Goodman, click here.

Dr. Ashany: Spondyloarthritis is thought to occur in individuals with a genetic susceptibility for the condition that is then exposed to an environmental trigger. In many cases, the trigger is unclear. However, in a good percentage of people, there is a clear relationship to a preceding infection. The relationship between certain spondolytic conditions such as reactive arthritis to bacterial infections of the gut (Salmonella or Shigella amongst others), and to Chlamydial infection of the genitourinary tract is well established. The roles of other infectious triggers are not as clear. Although there are reports by patients that work stress or physical trauma occurred prior to the onset of spondyloarthritis, studies suggest that these factors are only a small part of the environmental triggers that lead to the development of the illness.

Q2. Can you discuss the body’s adaptation to the biologics and why, for some people, they become less effective over time? Do you have any suggestions on how to decrease the chance of this happening?

Dr. Ashany: There is recent evidence that the formation of anti-drug antibodies, particularly in response to biologics, which are monoclonal antibodies such as Infliximab and Adalimumab, is a mechanism leading some biologics to become less effective over time. Anti-drug antibodies form because a patient’s immune system begins to recognize the drug as foreign, and manufactures its own antibodies which bind to the drug and make it less effective. Some studies suggest that the use of an additional immunosuppressive medication such as Methotrexate along with a biologic may diminish the formation of such anti-drug antibodies or may improve the function of biologics through other mechanics.

Q3. What can you do when biologics and NSAIDs are not enough, also addressing the issues that come with the use of narcotics? In addition, is there a benefit to an exercise program and physical therapy for patients with SpA?

Dr. Ashany: A recent article reviewing multiple studies on the subject concluded that in Ankylosing Spondylitis, there is evidence supporting exercise interventions in improving physical function, disease activity, and chest expansion compared to patients who don’t exercise. Although less robust, there was also evidence that exercise improves pain, stiffness, spinal mobility and cardiorespiratory function. Supervised group exercise yielded better outcomes than unsupervised home exercise. For patients with arthritis outside of the axial skeleton, for example, at the hip, corticosteroid injections are also an option. Use of other oral and topical pain medications can be useful for some patients. Non-narcotic pain therapies such as Tramado and SSRIs such as Cymbalta can also be employed. Issues related to the use of narcotics for chronic musculoskeletal pain include managing side effects of narcotics and awareness of the potential to develop tolerance to these agents. Studies in spondyloarthropathies demonstrate that analgesics in these conditions are rarely effective as mono-therapy, but can be employed to treat residual pain not controlled by biologics and NSAIDs.

Q4. SpA is sometimes referred to as an autoimmune disease, and this is technically incorrect. Could you explain the difference between autoimmune and auto-inflammatory/immune-medicated?

Dr. Ashany: Spondyloarthritis (SpA) is a chronic immune-mediated inflammatory disease of unknown origin. Because spondyloarthritis does not share genetic risk factors, a presence of disease specific autoantibodies, nor a response to therapies targeting the T-cell or B-cells of the immune system which seem to be important in other autoimmune diseases such as lupus and rheumatoid arthritis, the cause of spondyloarthritis is likely to be different than those of autoimmune diseases. T and B cells belong to a component of the immune response called the adaptive immune system. There is now increasing evidence of spondyloarthritis for a role of immune cells from a different component of immunity named the innate immune system. The cells, which are important in this system, macrophages, mast cells and neutrophils drive inflammation in spondyloarthritis. This system can be triggered by bacterial infections as well as mechanical stress. Importantly, these cells produce cytokines such as tumor necrosis factor, interleukin 1 (IL-1), IL-23 and IL-17, which can be targeted therapeutically. The predominance of a role for these innate system cells over the lymphocytes of the adaptive immune system cells suggests an auto-inflammatory rather than an autoimmune origin of inflammation in spondyloarthritis. Therefore, targeting innate cells or their inflammatory mediators may be more effective than T-cell or B-cell-directed therapies in spondyloarthritis.

Q5. If there are signs of depression and hopelessness in patients with chronic pain and illness, what does the patient need from their doctors? What about their family and friends?

Dr. Ashany: Depression and anxiety are negative psychological states that are frequently observed in patients with chronic pain and illness, including patients dealing with musculoskeletal symptoms and fatigue may occur in spondyloarthritis. A study, which included 110 patients with Ankylosing Spondylitis, reported that depression and anxiety were present in 25 and 15 percent of patients respectively. Rheumatologic disorders such as spondyloarthritis produce many stressors that can influence a patient’s ability to deal with his disease. These include physical limitations on the ability to participate in activities both at home and in the workplace, financial hardship as a result of loss of income and high health care costs, altered social relationships as well as changes in physical appearance.

It has been noted that criticism from spouses is associated with poorer psychological adjustment among patients with rheumatic diseases whereas strong marital relationships tend to positively impact on the effects of stress on disease activity. Interventions such as education programs for patients and family members can help in teaching skills necessary to cope better with disease related problems. This program can include teaching strategies such as relaxation techniques and learning to pace one’s activities during the day. A physician should direct patients with chronic pain to social services which are available through hospitals or disease-specific organizations and foundations. For some patients, participating in group support services can be helpful, while others may find that seeking a one on one intervention may be more helpful.

Q6. Are there new treatment options on the horizon for SpA?

Dr. Ashany: Tumor necrosis inhibitors increased therapeutic options for patients with spondyloarthropathies dramatically. However, not all patients respond and there are patients who have an initial response, which is subsequently lost. Consequently, there is still a need for additional therapies. A variety of different biologics have been studied in Ankylosing Spondylitis, the prototypical spondyloarthropathy, and others are undergoing study currently. Results with Rituximab (targets B cells), Tocilizumab (targets cytokine IL-6), and Abatacept (targets T-cell costimularion) have failed to show a significant effect in Ankylosing Spondylitis. Currently, there are studies examining the potential benefit of other biologic therapies in Ankylosing Spondylitis. These include Secukinumab (targets IL-17), Apremilast (targets phosphodiesterase 4), and Ustekinumab (targets IL-12/23). Although these studies are not yet completed, early evidence suggests that targeting of IL-17, IL-12/IL-23, and PDE4 may show more promising results than biologics, which target B and T cells in patients with spondyloarthropathies.

Dr. Dalit Ashany is an Assistant Attending Rheumatologist at Hospital for Special Surgery. She specializes in the treatment of systemic lupus erythematosus, rheumatoid arthritis and osteoarthritis. Dr. Ashany has received numerous awards throughout her career, including the National SLE Foundation Research Grand and the NIH-NIAMS Career Development Award. 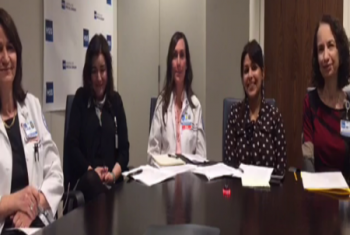 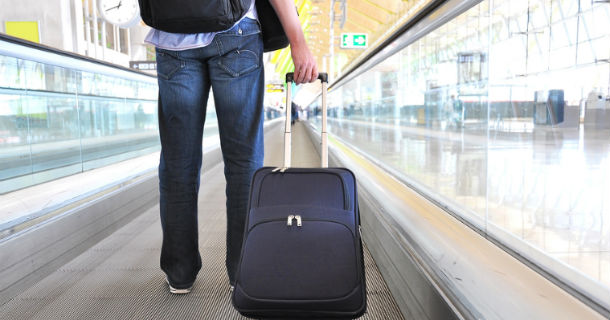 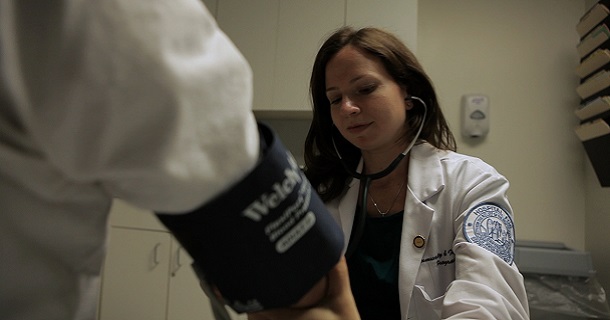