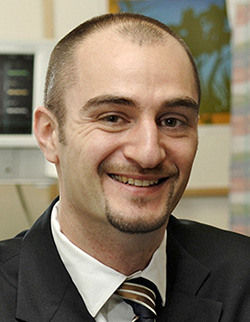 “The influence that the type of anesthetic can have on perioperative outcomes has been vastly underestimated. Indeed, our study suggests that the type of anesthesia chosen may have important impacts on all kind of medical and economic outcomes in orthopedic surgical patients,” said Stavros Memtsoudis, M.D., Ph.D., director of Critical Care Services at Hospital for Special Surgery, New York City. “It is not something to be taken lightly.” The findings of this comparative effectiveness research could be applied to over one million patients undergoing joint arthroplasty in the
United States each year.

Using neuraxial anesthesia over general anesthesia reduced the risk of pulmonary compromise by twofold in knee replacement patients and over threefold in hip replacement patients. “When one considers the modest decrease in risk of adverse outcomes associated with the use of a number of widely used medications such as anti-cholesterol drugs, the effect sizes seen in this study are really impressive,” said Dr. Memtsoudis.

Neuraxial anesthesia involves injecting medication into fatty tissue that surrounds the nerve roots in the spine (known as an epidural) or into the cerebrospinal fluid that surrounds the spinal cord. Currently, the majority of joint replacements in the United States are performed under general anesthesia. Anesthesiologists at the Hospital for Special Surgery, however, use regional anesthesia for over 90% of hip and knee replacements. In the past, several small studies have shown that compared with general anesthesia, regional anesthesia reduces intraoperative blood loss and the need for blood transfusions.

In the new study, researchers at Hospital for Special Surgery conducted a retrospective review of hip and knee replacements performed between 2006 and 2010 in the United States using data collected by Premier Perspective. This administrative database contains discharge information from approximately 400 acute care hospitals located throughout the United States.

“Other studies have suggested some benefit of neuraxial over general anesthesia, but they looked at very limited outcomes, primarily at risk of bleeding and blood transfusions. What this study does for the first time is really explore the impact of anesthesia on a wider range of important outcomes,” said Dr. Memtsoudis. “We found lower rates of complications including pulmonary compromise, pneumonia, infections, and acute renal failure when neuraxial anesthesia is used. The choice of anesthesia seemed to basically affect every organ system.”

Anesthesia medications used during surgeries are a small fraction of overall health care costs, and the costs of regional and general anesthesia are similar.

Dr. Memtsoudis pointed out that educating patients is key. “Some patients don’t like the idea of having an injection in their back and their legs being numb, but a thorough discussion of risks, benefits and alternatives can go a long way to help an educated patient make rational decisions,” he said. “For the anesthesiologist, a number of factors come into play, including patient comorbidities and preferences as well as other practice specific factors, such as the choice for anticoagulation, but regional anesthesia should, at the very least, be considered in every patient.”

While randomized clinical trials are the gold standard of clinical research, such trials are not feasible for testing anesthesia technique in joint replacement surgeries, because the low incidence outcomes would require a huge number of patients.

The study was performed with funds from the Department of Anesthesiology at Hospital for Special Surgery and the Anna-Maria and Stephen Kellen Physician-Scientist Career Development Award, New York, (Stavros G. Memtsoudis). Contribution of Drs. Mazumdar and Banerjee, Ms. Chiu, and Ms. Sun on this project was supported in part by funds from the Clinical Translational Science Center, New York, and the National Center for Advancing Translational Sciences, Rockville, Maryland.