Over the years, increasing numbers of Americans have been going abroad for medical treatment, including surgery, a phenomenon known as “medical tourism.” It works both ways. Hospital for Special Surgery (HSS) is seeing its own brand of medical tourism, attracting international patients seeking out the hospital for the best possible surgical care.  The highly-regarded specialty hospital, dedicated exclusively to orthopedics and rheumatology, has an International Center devoted to meeting the needs of foreign patients. 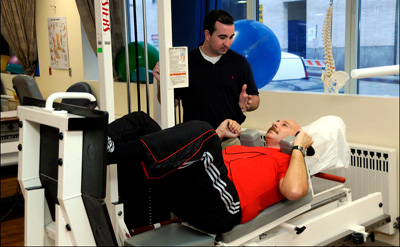 Fifty-year-old Alexander Brum from Moscow is one such patient.  He made the long trip to the U.S. for a consultation with Dr. Geoffrey Westrich at HSS, after finding out about the doctor from his friend, Alexei Yagudin, the Olympic gold-medal figure skater.  Yagudin had surgery with Dr. Westrich several years ago, was happy with the outcome and recommended him to Mr. Brum, who needed a hip replacement because of severe arthritis.

Mr. Brum made his first trip to see Dr. Westrich in February.  The Russian businessman said he was impressed with the doctor and came back in October for hip replacement surgery. He brought six family members and friends, some of whom speak fluent English.  They stayed across the street from HSS at the hospital’s Belaire Guest Facility, a convenient and comfortable location catering to patients who come from out of town. 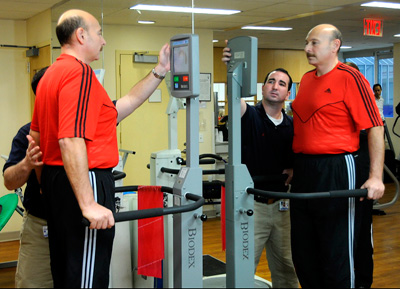 Dr. Westrich, co-director of joint replacement research at HSS, has had patients from South America, as well.  “Patients say they come here because they are seeking the best care possible,” he says.  “It is really a ‘small world,’ thanks to the Internet.  Patients can find a wealth of information about doctors and hospitals in the U.S. by going on line, provided they understand English.”

The International Center at HSS works to meet the needs of foreign patients and their families, with cultural sensitivity to ensure a high standard of care, according to hospital administrators.  Services include scheduling and confirming medical appointments, preparing cost estimates, coordination of billing and payment arrangements, reservations in the Belaire Guest Facility and arranging for medical interpreters.  In any given year, the Center may serve patients from more than 100 countries. 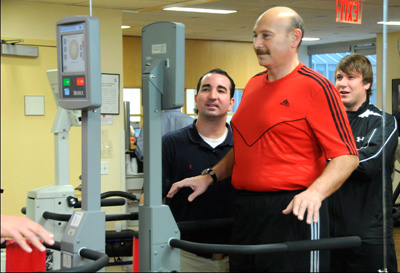 Mr. Brum says his decision to come to HSS “was a wise choice.”  He is very pleased with the care he received from Dr. Westrich and with his rehabilitation following surgery.  Although there are excellent surgeons in Russia, the post-surgical care and physical therapy are not on the same level, according to Mr. Brum. After joint replacement in Russia, patients spend most of the next two weeks in bed.  At HSS, patients are generally out of bed and walking the day after total hip replacement. Recovery would take much longer in Russia.

Mr. Brum is so enthusiastic with his rehabilitation at HSS, he decided to go five days a week. “He is very motivated, he works very hard and has done very well,” says Charles Fisher, PT, MPT, the physical therapist working with Mr. Brum at the hospital’s Joint Mobility Center, which is part of the Rehabilitation Department.  The Center specializes in rehabilitation following joint replacement.  “Mr. Brum enjoys coming here, and although he doesn’t speak English, he often says “super” and gives me a thumbs-up,” Charles adds.  Communication is never a problem, because an interpreter is always present at the physical therapy sessions. 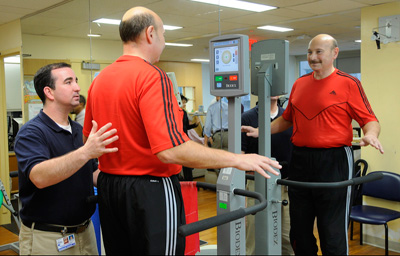 Rehabilitation is critical after joint replacement.  Mr. Brum begins his session with a warm-up on the bicycle and then does supervised strengthening, stretching and balance exercises.  “Physical therapy teaches people the basics of what they can and cannot do and it gives them exercises to help them get as strong as possible, as quickly as possible, so people can return to their everyday lives, free of pain,” Charles explains.

After 10 years of suffering with severe arthritis, Mr. Brum is now pain-free and looking forward to getting back to every day activities.  He says the trip to HSS for surgery was well worth it.