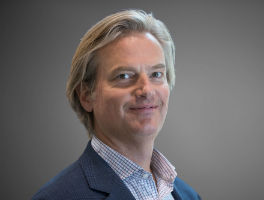 Hospital for Special Surgery (HSS), the top-ranked orthopedic hospital in the nation, today announced the appointment of Frank Schwab, MD, to be its new Spine Service Chief, effective August 1.

"Spine care is a top and growing population health need, and we are committed to providing the very best," said Todd J. Albert, MD, Surgeon-in-Chief and Medical Director at Hospital for Special Surgery. “There is no one better than Dr. Schwab to build on the great work of Dr. Frank Cammisa and lead the finest spine team in the world to a new level of excellence in patient care."

Dr. Schwab succeeds Frank Cammisa, MD, as Spine Service Chief. He comes to HSS from New York University’s Hospital for Joint Diseases, where he has served as Chief of Spine Deformity since 2007. A California native, Dr. Schwab earned his undergraduate degree at Princeton and his medical degree at Columbia University, where he also performed his Residency. Over the past 20 years his extensive research has originated more than 180 published articles, six major awards and honors including from the NIH and NATO, eight grants, and other notable recognition.

"In all that they do, HSS continues to prove that focus drives excellence," said Dr. Schwab.  "This is the ultimate opportunity for me to focus my abilities on leading the most focused and excellent spine service in the world."

"In the changing healthcare landscape, HSS is committed to demonstrating that value is a factor of excellence, and excellence is a factor of talent, experience, and quality," said HSS president and CEO Louis A. Shapiro.  "Dr. Schwab’s proven track record in both spine surgery and strategic development means continued strength in the great tradition of musculoskeletal care at Hospital for Special Surgery."