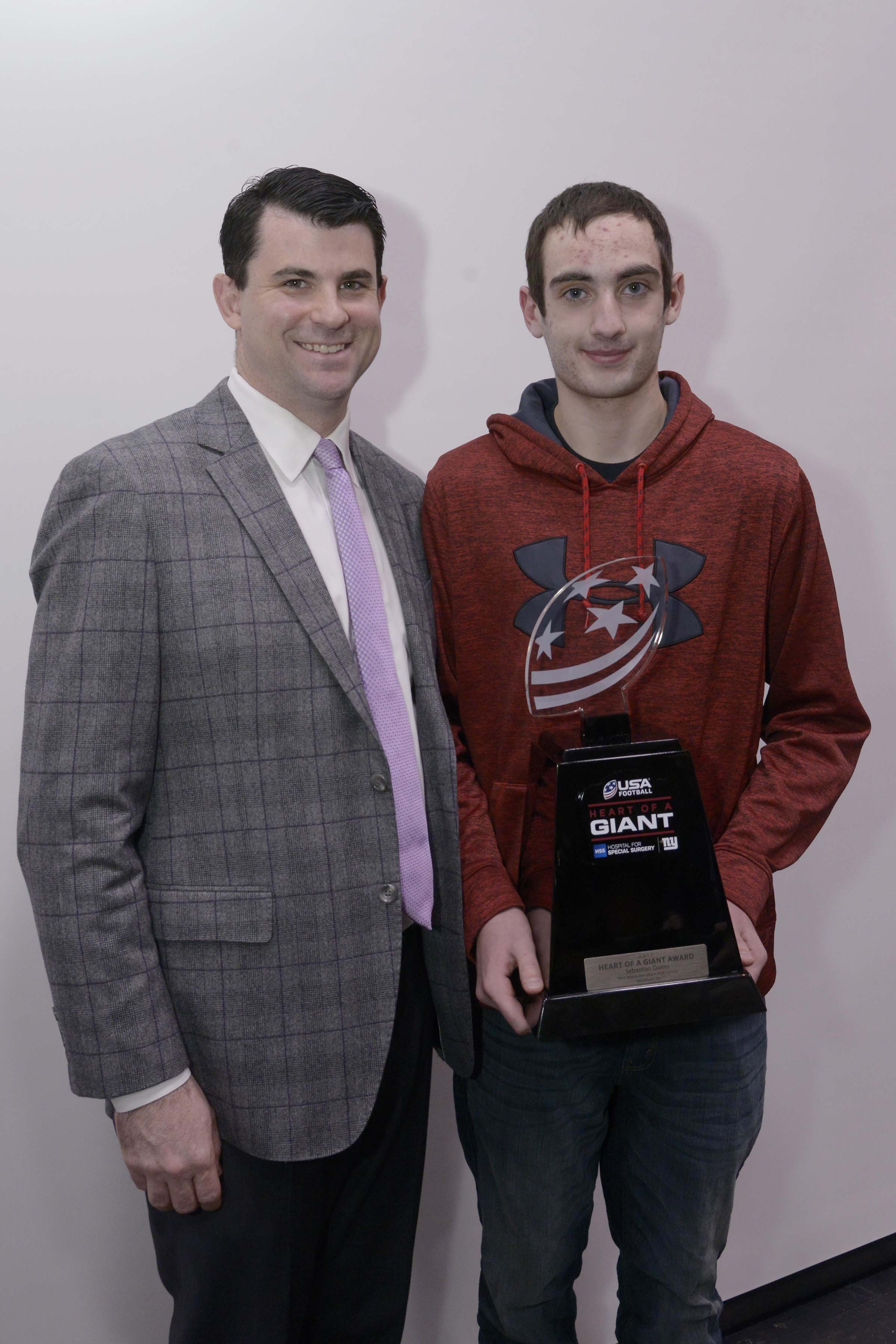 Quinn was recognized for his commitment, character, teamwork, dedication and willpower while overcoming personal adversity. In 2014, he was diagnosed with LCL Non-Hodgkin’s Lymphoma, a rare form of blood cancer. Despite spending months at the hospital, Quinn never gave up playing football.

"I still think this is kind of a dream," Quinn said after the ceremony.

Watch the full segment at newyork.cbslocal.com. This also aired during the December 12, 2017 broadcast.